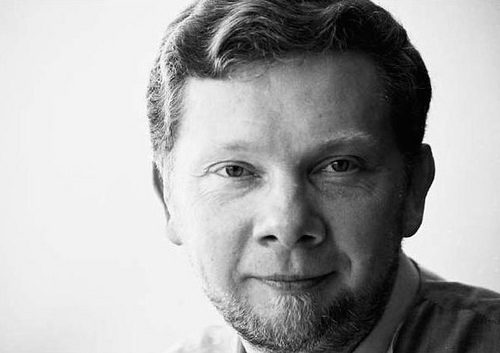 — Eckhart Tolle – The Power of Now

Realize deeply that the present moment is all you have.
Make the Now the primary focus of your life.

By misuse, I mean that people who have never even glimpsed the realm of the sacred, the infinite vastness behind that word, use it with great conviction, as if they knew what they are talking about. Or they argue against it, as if they knew what it is that they are denying. This misuse gives rise to absurd beliefs, assertions, and egoic delusions, such as “My or our God is the only true God, and your God is false,” or Nietzsche’s famous statement “God is dead.”

The word God has become a closed concept. The moment the word is uttered, a mental image is created, no longer, perhaps, of an old man with a white beard, but still a mental representation of someone or something outside you, and, yes, almost inevitably a male someone or something.

Neither God nor Being nor any other word can define or explain the ineffable reality behind the word, so the only important question is whether the word is a help or a hindrance in enabling you to experience That toward which it points. Does it point beyond itself to the transcendental reality, or does it lend itself too easily to becoming no more than an idea in your head that you believe in, a mental idol?

The word Being explains nothing, but nor does God. Being, however, has the advantage that it is an open concept. It does not reduce the infinite invisible to a finite entity. It is impossible to form a mental image of it. Nobody can claim exclusive possession of Being. It is your very essence, and it is immediately accessible to you as the feeling of your own presence, the realization I am that is prior to I am this or I am that. So it is only a small step from the word Being to the experience of Being.

The most common ego identifications have to do with possessions, the work you do, social status and recognition, knowledge and education, physical appearance, special abilities, relationships, person and family history, belief systems, and often also political, nationalistic, racial, religious, and other collective identifications.

None of these is you.

— Eckhart Tolle – The Power of Now : A Guide to Spiritual Enlightenment (p. 37)

None of these is you